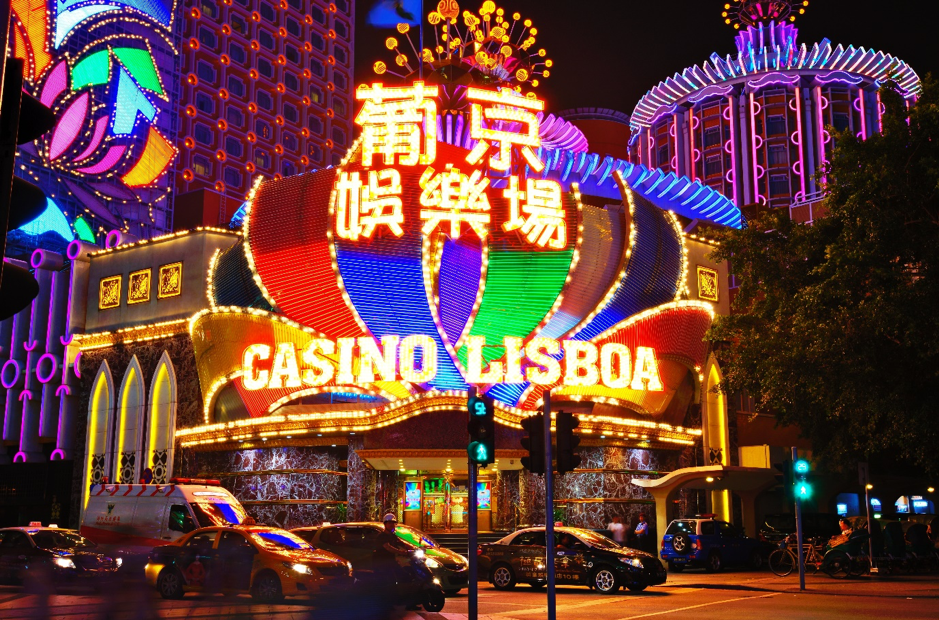 Once a sleepy fishing port, the Chinese city of Macau has transformed into a booming tourist destination in recent times. The city boasts an array of mega-money resorts which are crammed full of amenities, particularly casinos. Dubbed the ‘Las Vegas of the East’, or ‘Monte Carlo of the East’, Macau is now home to over 50 casinos and we predict that number will continue to grow, due to popularity. Not tempted by the bright lights of the Vegas of the East, or its namesake? You can play popular casino favourites and other games with Paddy Power.

The first casino to open in Macau was the Casino Lisboa in 1970 and prior to 2002, all the casinos in the city were owned by Chinese billionaire, Stanley Ho. However, when the Chinese government came in and halted his monopoly, foreign investors came in with multi-billion-dollar ideas. In 2004, the first western-owned casino opened. Big names such as Galaxy Entertainment and Las Vegas Sands now own the majority of the casinos in the city.

Some of the big names

City of Dreams (construction cost: $2.4 billion) – on the Cotai Strip, the City of Dreams sits directly opposite big competitor, the Venetian Macao. With a total gaming space of 420,000 square feet, there are 450 gaming tables and 1,514 machines.

The Sands Macau (construction cost: $265 million) – the biggest draw when entering the casino floor at The Sands Macau is the 36m long chandelier, which weighs over 100,000 pounds! Gamers have a choice of 740 tables and over 1,200 machines in a gaming space of 165,000 square feet.

The Venetian (construction cost: $2.4 billion) – the largest casino in the world and the seventh largest building in the world, the Venetian is home to 550,000 square feet of gaming space; 3,400 slot machines and 800 gambling tables. Understandably, on its opening day, 114,000 peoples visited and daily visitation records show that 50-80,000 frequent the complex.

Wynn Palace (construction cost: $4.2 billion) – the second luxurious resort by Wynn in Macau, the Wynn Palace opened its door in 2006. With a casino floorspace of 420,000 square feet and 350 table games and 1,145 machines, the resort also has seven Forbes Five-star awards to its name.

Casino News Daily compiled a fascinating report when it came down to comparing a number of statistics. Despite Las Vegas having double the number of casinos, Macau were massively on top when it came down to revenue – and in 2017, Macau amassed $33 billion, as opposed to $7.09 billion in Vegas. In fact, over the last decade, Macau has surpassed Vegas in terms of gaming revenue, peaking in 2013 with $45 billion (as opposed to Vegas’ $7 billion).

When it comes down to specific games, the majority of Macau’s revenue comes from table games and baccarat – in Vegas, it’s all about the slots. So, it’s understandable that Macau has a higher number of table games (6,426 to Vegas’ 3,384), while Vegas has a much larger number of slot machines (48,496 to Macau’s 16,039).

Last year, Macau saw an increase again in gambling revenue and with most of the city’s visitors coming from mainland China and Hong Kong, the introduction of the Hong Kong–Zhuhai–Macau Bridge will certainly ensure that Macau’s status as the ‘Las Vegas of the East’ stays intact.

previous article: Gift Suggestions If You Are Dating A Law Student
next article: Gamers and JaDine Fans Unite at the Mountain Dew #DewDay2019