Spend time and laugh with family this Christmas! Watch and support the 40th Metro Manila Film Festival this Christmas and get rewarded with laughs and unforgettable moments.

If you are looking for a movie that you can watch with your family, then this is one of the movies that you cannot miss. In it’s return, it’s double the laughter for the whole family this Christmas as the unkaboggable Vice Ganda makes a grand comeback to the big screen for a delicious second serving of his iconic role as Praybeyt Benjamin Santos in The Amazing Praybeyt Benjamin. 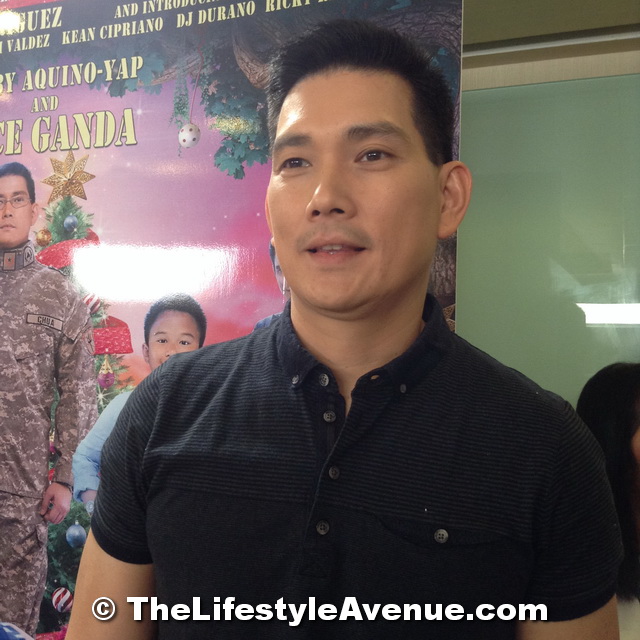 Directed by the box-office director Wenn V. Deramas and with a script written by the talented tandem of Keiko Aquino and Danno Mariquit, The Amazing Praybeyt Benjamin is Star Cinema’s and Viva Films’ official entry to the upcoming 40th Metro Manila Film Festival.

In this historic second installment of the phenomenal Praybeyt Benjamin film franchise, Vice Ganda reprises his role as the one and only blockbuster soldier of the Philippines in what is considered and anticipated as the national comedy movie for all Filipinos this holiday season.

The amazing journey of Praybeyt Benjamin picks up where it left off as everyone’s favorite soldier encounters a series of hilarious and zany events that outrageously transitions him from hero to zero and then to hero again. In the film, Benjamin falls from grace as the most well loved hero of the country. His unfortunate downfall leads him to embark on a new and crazy adventure of self-discovery where he learns a valuable lesson on humility.

The Amazing Praybeyt Benjamin marks the grand reunion of four of the great pillars of the contemporary film industry namely Vice Ganda, Direk Wenn Deramas, Viva Films, and Star Cinema since they collaborated last year in the mammoth hit Girl, Boy, bakla, Tomboy which currently holds the coveted title of being the highest grossing Filipino movie of all time.

The Amazing Praybeyt Benjamin is a film that should not be missed as it lives up to the central adjective of its title – amazing. Joining Vice Ganda, who is rightfully praised as the most successful gay celebrity in Asia, in this second round of Benjamin’s adventures and misadventures is Richard Yap who recently concluded his role as Ser Chief in the equally amazing and top-rating morning series Be Careful With My Heart. In the film, Richard plays the role of General Wilson Chua, a character that totally deviates from Ser Chief and Papa Chen (My Binondo Girl) characters that he has made popular over the years. It should also be noted that this is Richard’s first major foray into the comedy genre as romantic-comedy and drama make-up his notable body of work.

Another welcome addition to the gang is Philippine cinema’s breakthrough child star Bimny Aquino-Yap whose numerous endorsements catapulted him as a household name with a reputation, at his young age, that everything he does becomes a milestone that everyone should watch out for. Fresh from the success of her hit projects Pure Love and Team Gonzaga, Alex Gomzaga also joins the cast as the Amazing Yaya. Versatile actor and breakthrough star of 2014 tom Rodriguez is featured in the film as the amazing antagonist of Praybeyt Benjamin. Returning in the cast as Benjamin’s posse of amazing soldiers are Nikki Valdez, Vandolph, Keam Cipriano, DJ Dumao and Ricky Rivero. Al Tantay, Malou De Guzman, Abby Bautista, and Angelino Urquico completes the cast as Benjamin’s amazing family.

Star Cinema brings a complete entertainment experience to every Filipino family through The Amazing Praybeyt Benjamin – a laugh-a-minute exhilirating roller coaster ride that will surely create Philippine movie history for the second time around. Loyal and solid fans of Vice Ganda can look forward to an absolutely amazing Christmas treat as Benjamin Santos and his whacky gang levels up the action, fun, and excitement in this much-awaited return of Praybeyt Benjamin. With Vice Ganda as Praybeyt Benjamin it is guaranteed that this year is unforgettable #ChristmasMasaya!