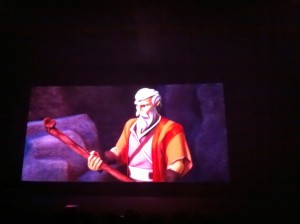 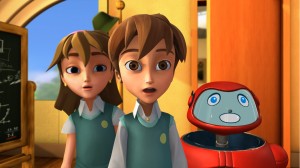 Last May 25, 2013, I joined Superbook’s Media and Bloggers event followed by their Super Launch in Robinson’s Galleria, which is their Worldwide Launch. Superbook indeed is a new fun way to learn about the bible.

The phenomenal 1980’s animation we love is back! Get ready as Christian Broadcasting Network (CBN) brings you an all-new Superbook. Once more, viewers will experience a one of kind journey with triple the excitement. On June 1, 2013, the new Superbook’s pilot episode “In the Beginning” will air at 7:30 a.m. on GMA 7. In addition, Superbook Classic episodes will air every Sunday, starting June 2 at 7:30 a.m. also on GMA. (Source: Press Release)

Finally, the long wait is over, relieve the greatest adventure of all time! I was not yet born during the old Superbook so I was not able to see their stories, but this time, with the new Superbook, I’m sure I will love it, and you guys too. During the event, we were able to see the episode 1 of the new Superbook, and boy, I will be honest, it was really a great episode. The episode is really close to how it was in the bible. And according to my own research about the new Superbook, the characters and the lines are really made to be accurate. They even visited the actual places that still exist, and made a lot of research just to make Superbook really close to the bible. They just added a robot, and everything else is accurate. Indeed, Superbook is a fun way to learn the bible.

What started as an animated Bible series for children in Japan is now a world-class animation production. Since its first airing in Japan, the Superbook series has now been broadcasted in over 106 countries, translated into 43 languages and has been viewed by over a half billion people.

And to keep up with today’s new storytelling technology, the original series has been improved to match this media-savvy generation. To address this challenge, CBN, together with top Hollywood producers, animators, and directors, put their minds together and as a result: a relived, reinvented, and reimagined Superbook.

“Our goal is not only to produce a child-friendly program, but more importantly, a child-focused show for this generation to digest. Superbook aims to capture the hearts of the children of today. In addition, even the parents will enjoy and learn from it. It’s a perfect bonding activity for families,” says Icko Gonzalez, Superbook Project Head in the Philippines.

As Gonzalez puts it, “The new Superbook is for the NOW generation.”

So are you ready to experience the greatest adventure ever written and told? Mark your calendars, save the date and spread the news. Beginning June 1, watch Superbook on Saturdays and Sundays on GMA, 7:30 a.m. Support Superbook and be part of the NOW GENERATION. (Source: Press Release)

I highly recommend to let your kids watch Superbooks. It is the easiest way they can learn about the bible. And just a small fact, Philippines is the first country that will get to see the series so don’t forget to watch Superbook on GMA!