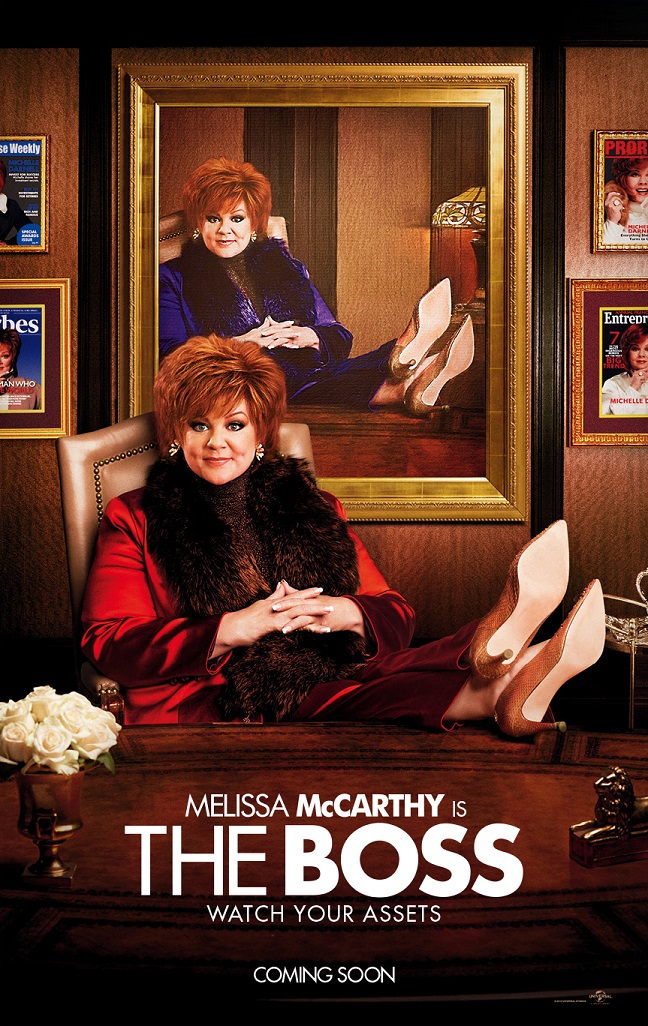 Welcome to the world of Michelle Darnelle: a money-hungry, cut-throat, business magnate who is sent to jail for insider-trading. From the richest woman in the country to a convicted felon with frozen assets, Michelle attempts to climb back to the top by working with her former executive assistant to turn a small Girl Scout brownie project into a full-blown business.

Based on a character created by McCarthy in her early years as a budding comedienne, Michelle Darnelle was a persona performed on stage by Melissa at The Groundlings. “So many great characters have been born at The Groundlings. For me, that character was Michelle Darnel,” says McCarthy. “I loved her so much that I couldn’t let her go and would randomly bring her up and talk about her over the years. She’s a tricky one though, because she is so dynamic, so forceful and so confident. Yet, Michelle is someone who makes you wonder what lies beneath it all when she says, ‘I don’t need anyone, other than myself.” Comedian and co-producer Chris Henchy says, “It was fantastic to watch Melissa performing this bombastic character on stage, and even then you could see the viability of building a whole movie around that character. Ben and Melissa have always had it in their mind to get to the point where Michelle Darnell could be turned into a full-length feature so it was an easy invitation for us to help make this movie.”

The Boss is a hysterical comedy led by the all-star cast of Melissa McCarthy, Kristen Bell, Peter Dinklage, and Kathy Bates. Produced by the likes of comedy-king Will Ferell, and husband-wife tandem Ben Falcone and Melissa McCarthy, “The Boss” is a ridiculously entertaining treat that will make you think twice about your boss, believe in women empowerment, and possibly leave you craving for brownies all at the same time.