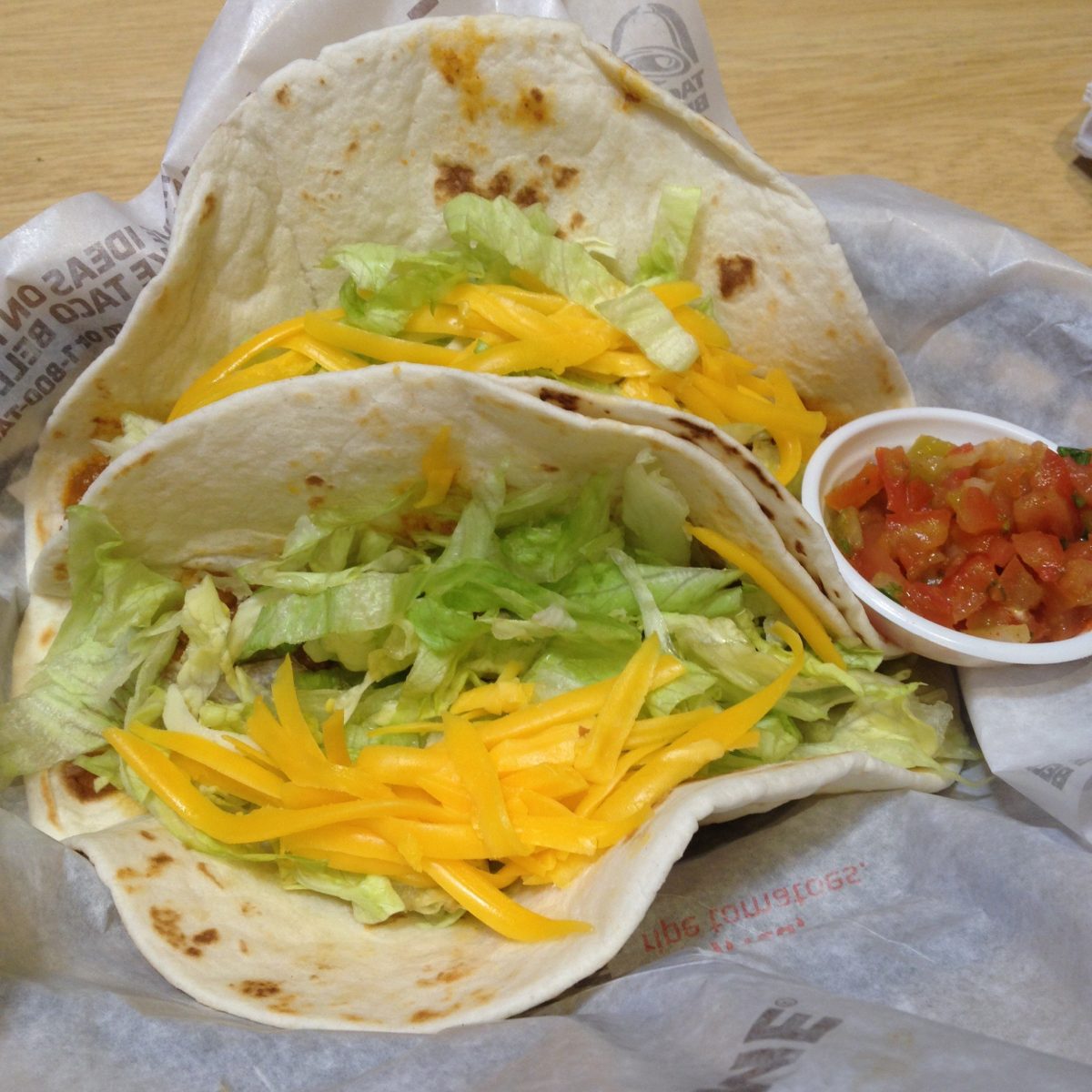 Taco Bell was founded 50 years ago by Glenn Bell. Philippine Pizza Inc. opened the first Taco Bell in the Philippines at the lower ground floor of Gateway Mall in Araneta Center, Cubao. It opened two more branches which are located in 3rd Level of Gateway Mall and 2nd Level in Trinoma, Quezon City.

Previously, their maxim was “Thinking outside the bun.” Now, their maxim is “We feed people’s lives with Más.” (Spanish of more.) Live Más is an idea that builds off the foundation Glenn Bell created for the brand. It is an idea that should inspire the consumer to never stop exploring.

The Taco Bell branch in the lower ground floor of the Gateway Mall has been renovated and has just re-opened last week. I decided to give them a visit right away. 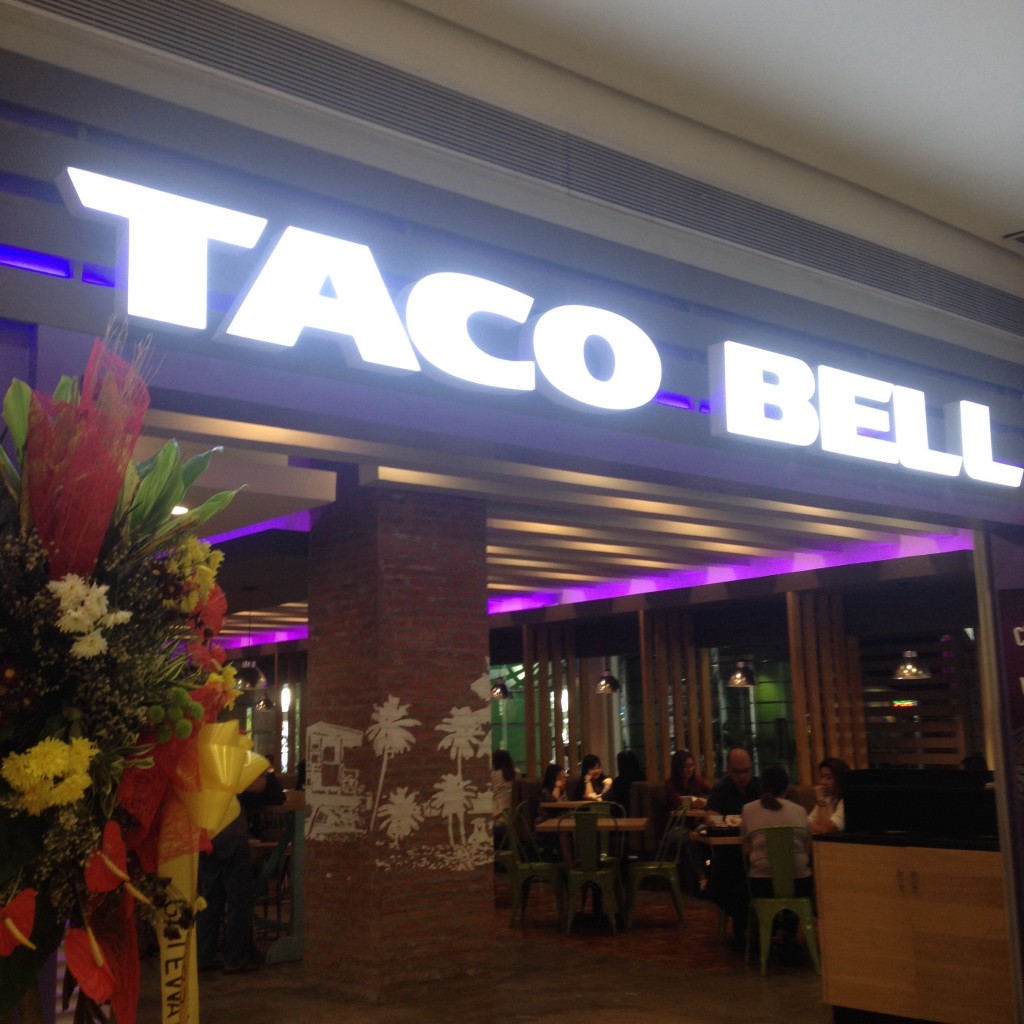 I ordered Nachos Supreme, Soft Tacos and their Meal Combo #3 which has Grilled Stuffed Beef with Nacho Sprinkles and soda. It was my first time to taste a soft taco. And believe me, if you love hard tacos, then you’ll love the soft tacos more. It’s not that messy to eat unlike with hard tacos. Less hassle. And tastes better. The Grilled Stuffed Beef was good. It has rice inside. It feels like I’ve eaten a full meal. 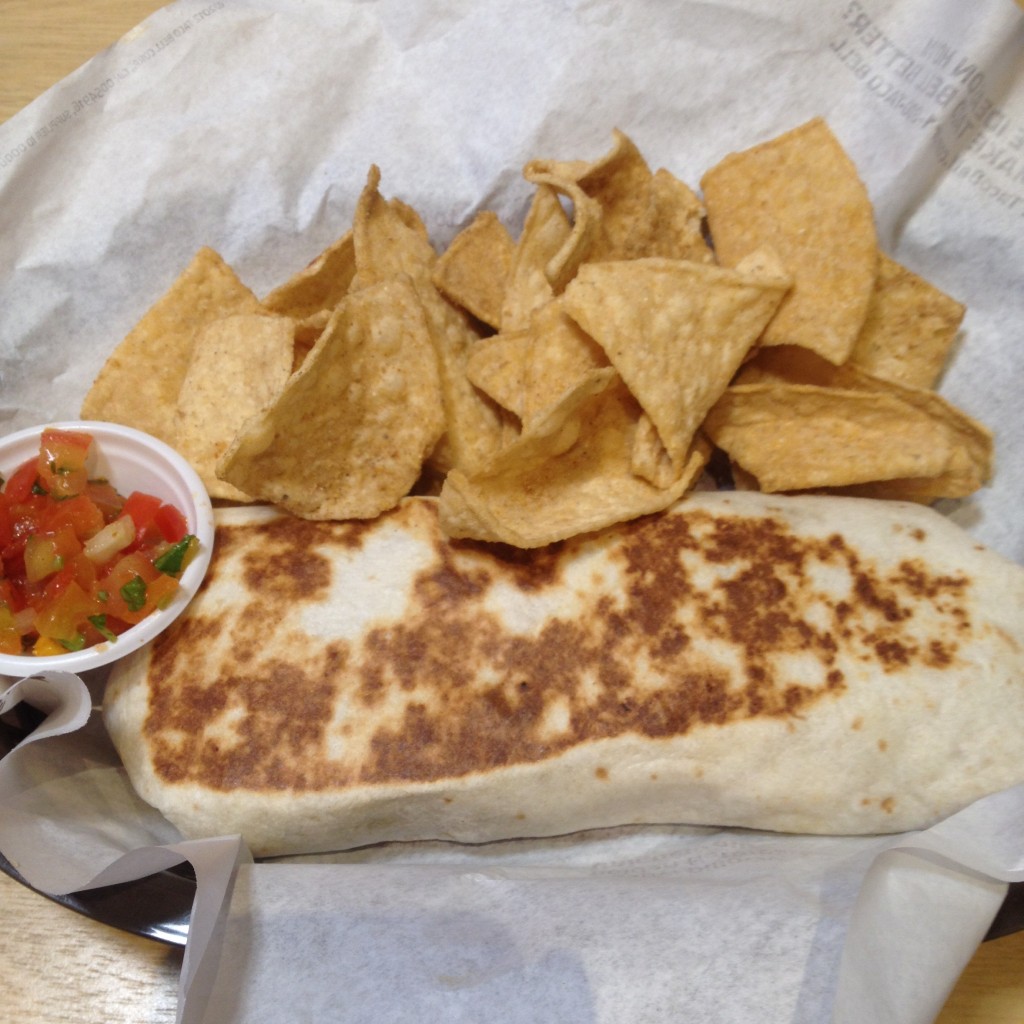 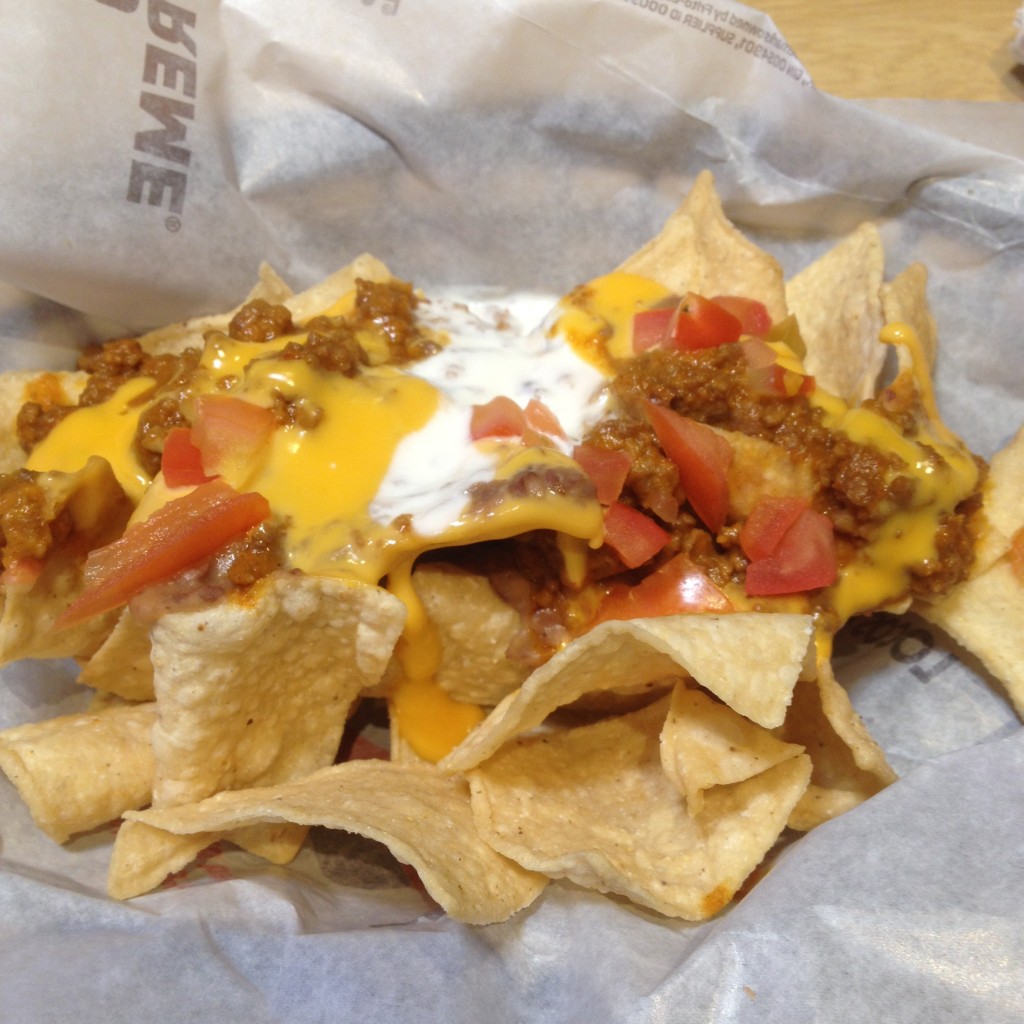 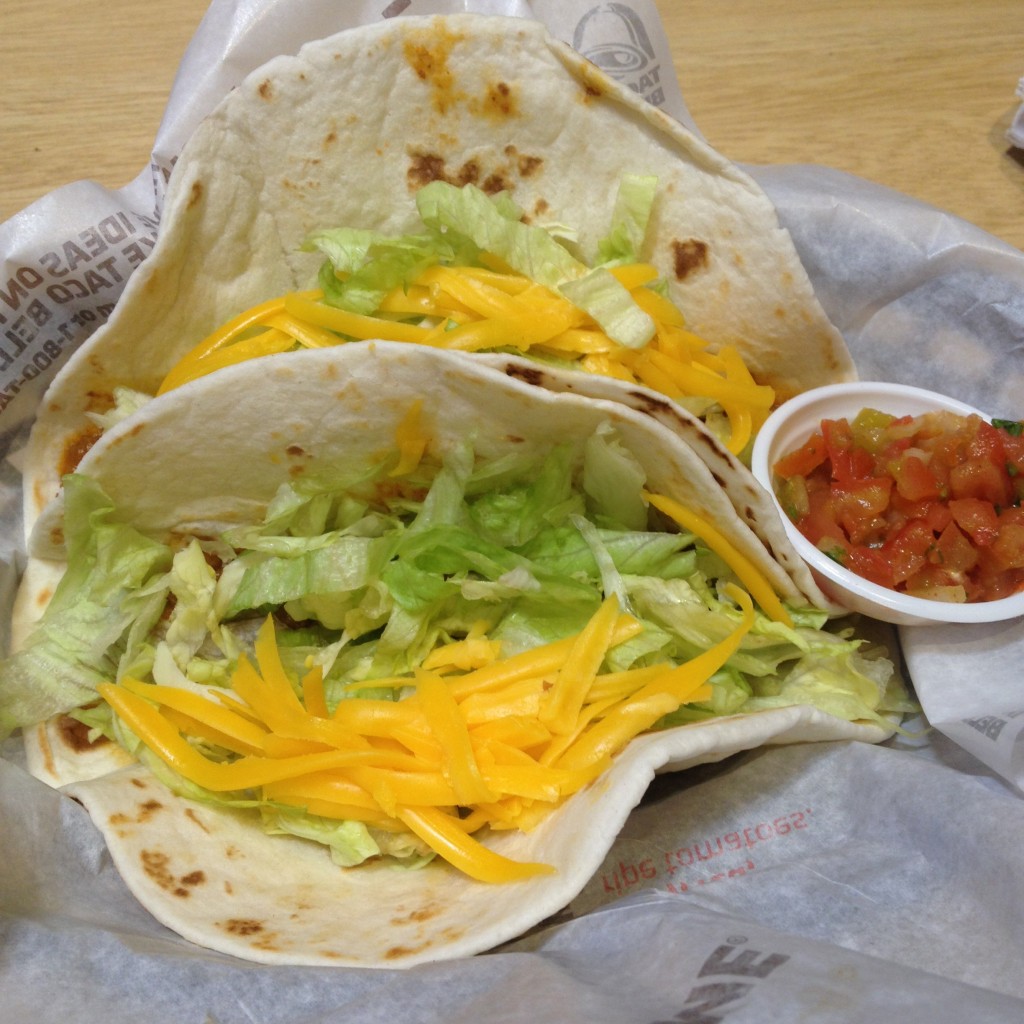 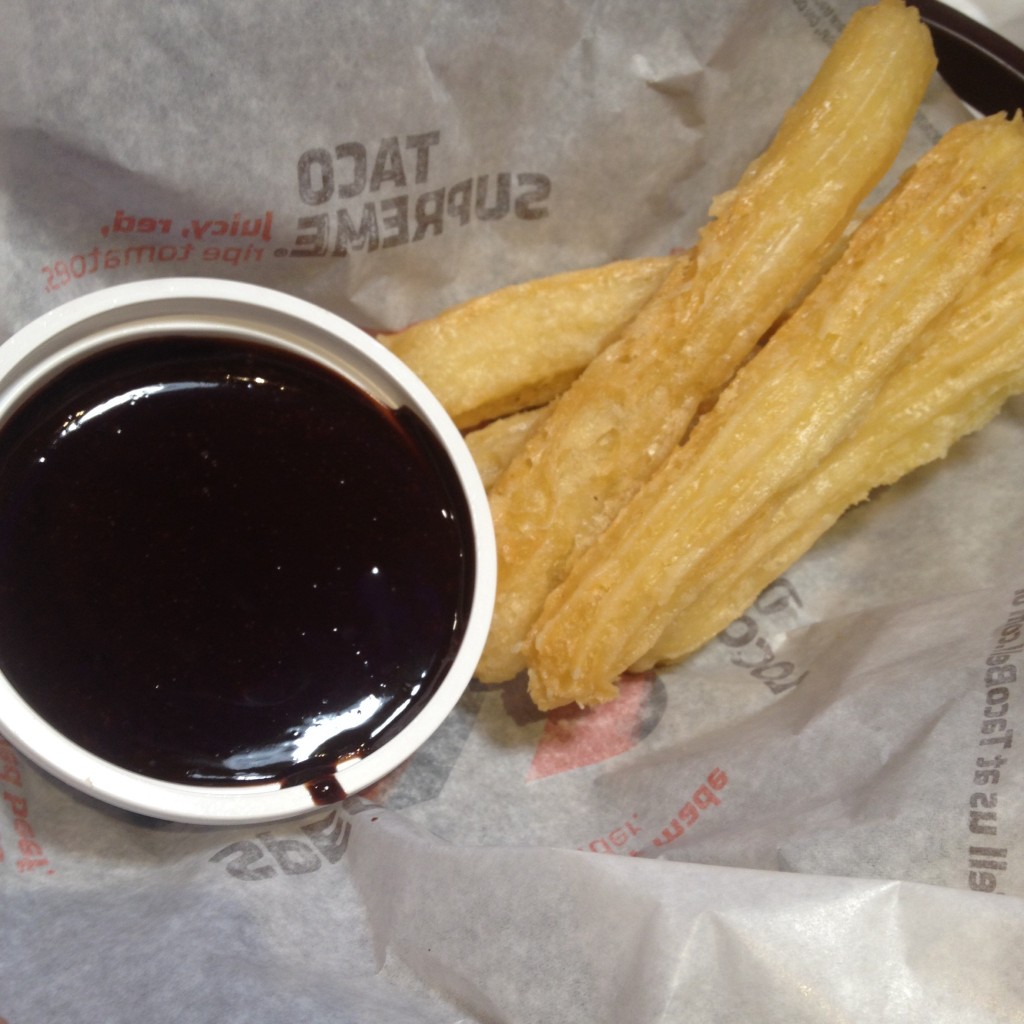 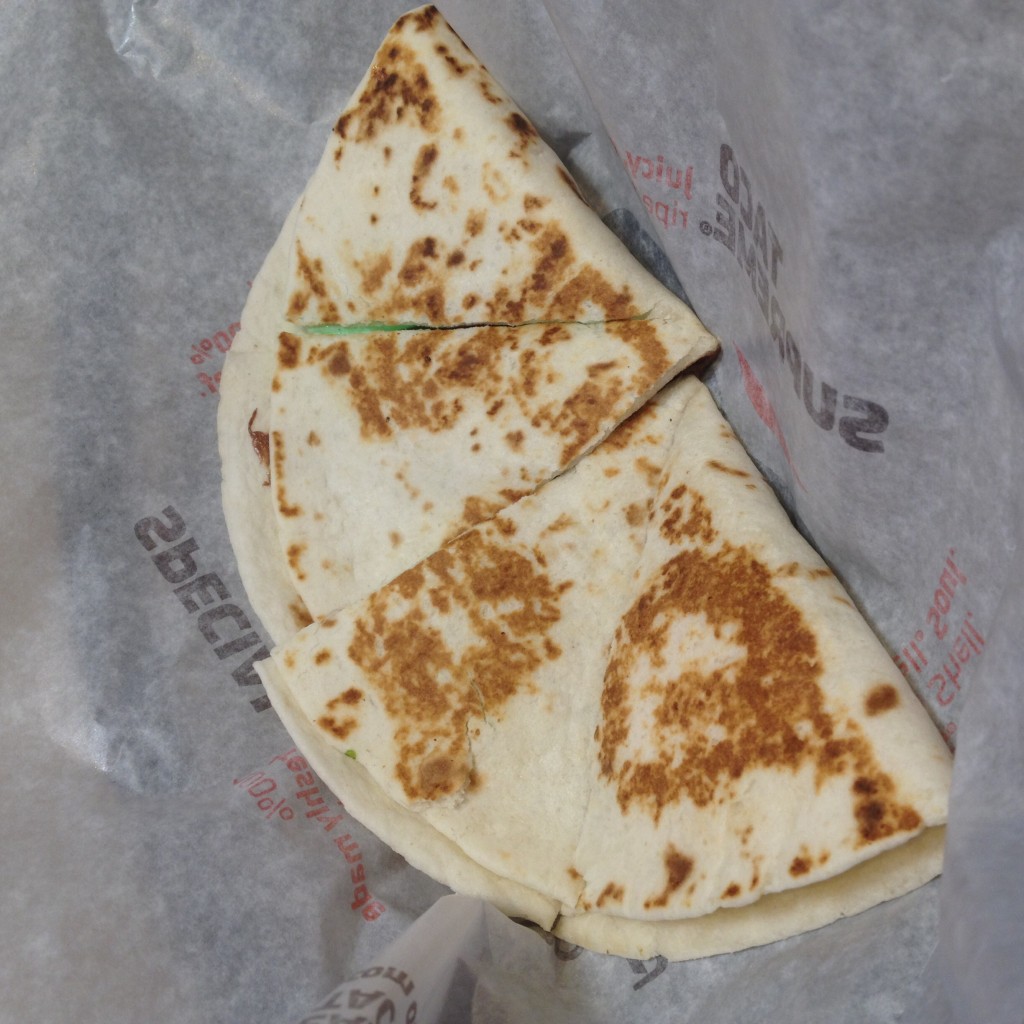 With the service and the ambiance, and of course the taste of the food? I believe it’s pretty affordable. They have combo meal offerings and party packs which I think the price is not so bad.

The new look of Taco Bell is great! The ambiance is way better than the old one. They now have more seats to accommodate the customers, they have sofas, and the most important of all, electric outlet which customers can use. It is also easier to order now. After paying at the cashier, you just have to wait for your number to flashed on the screen. And of course, you can now see how they prepared your food. They really deserve to have a perfect score here. 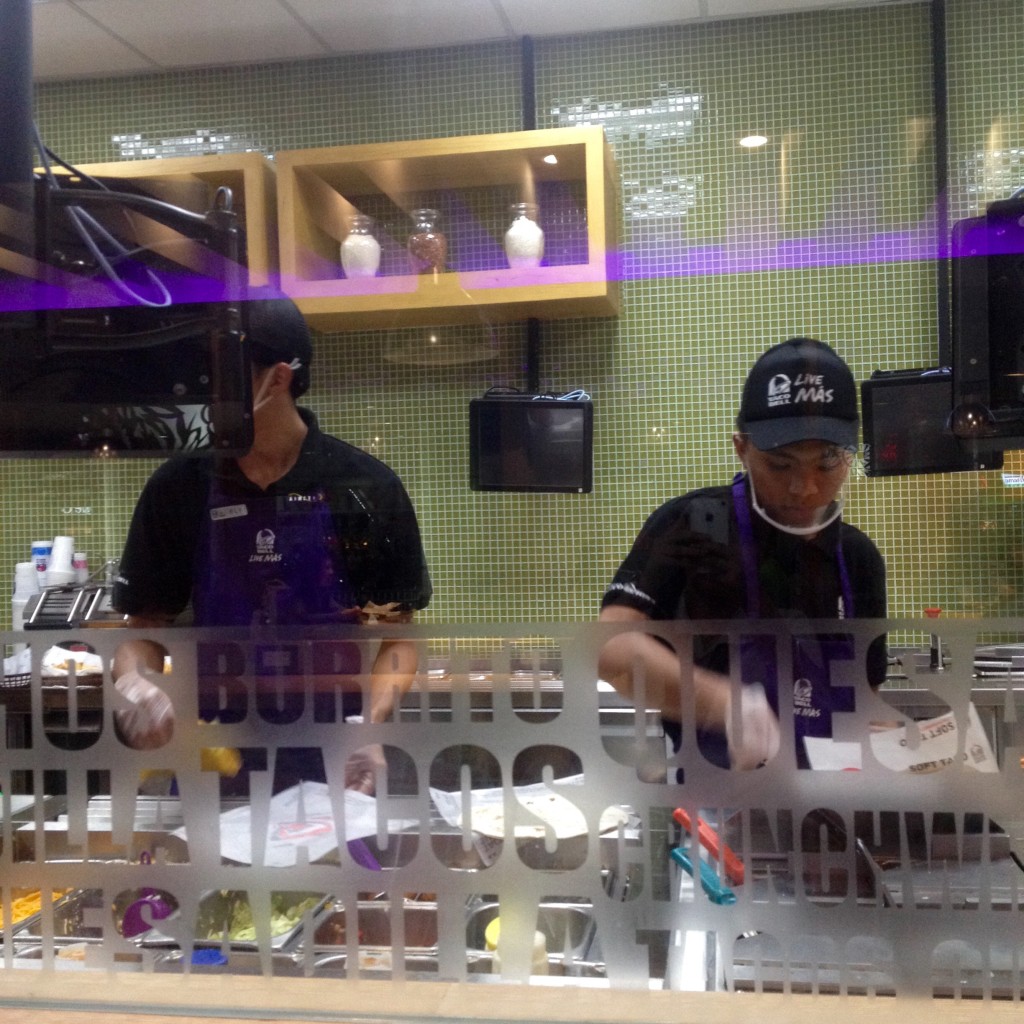 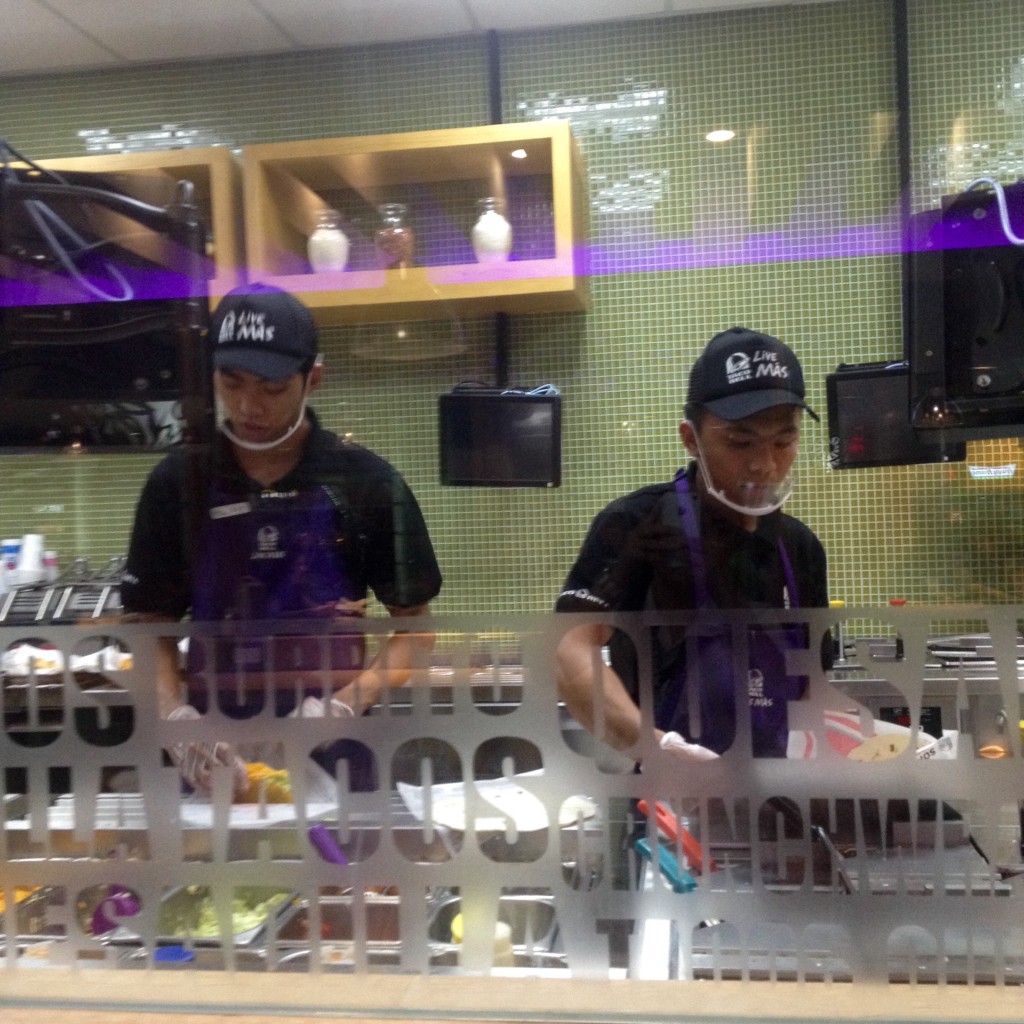 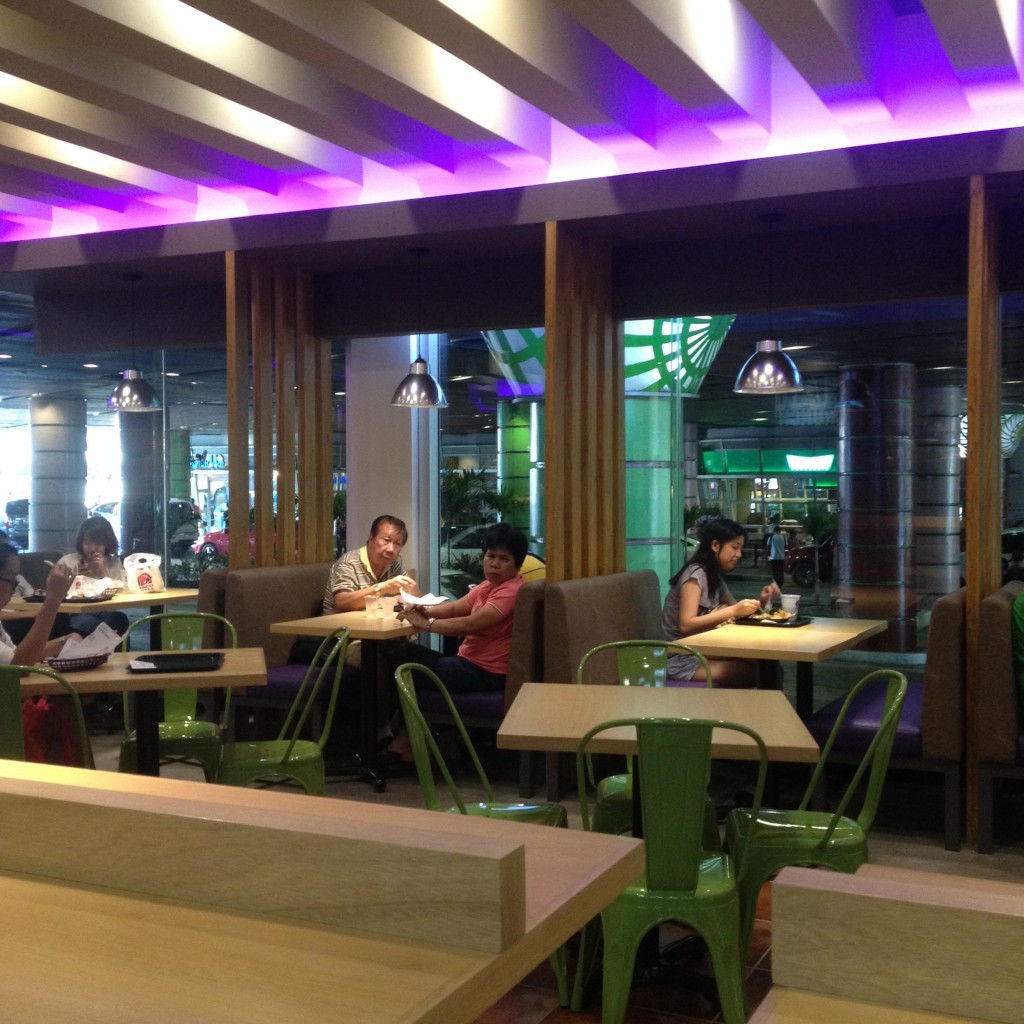 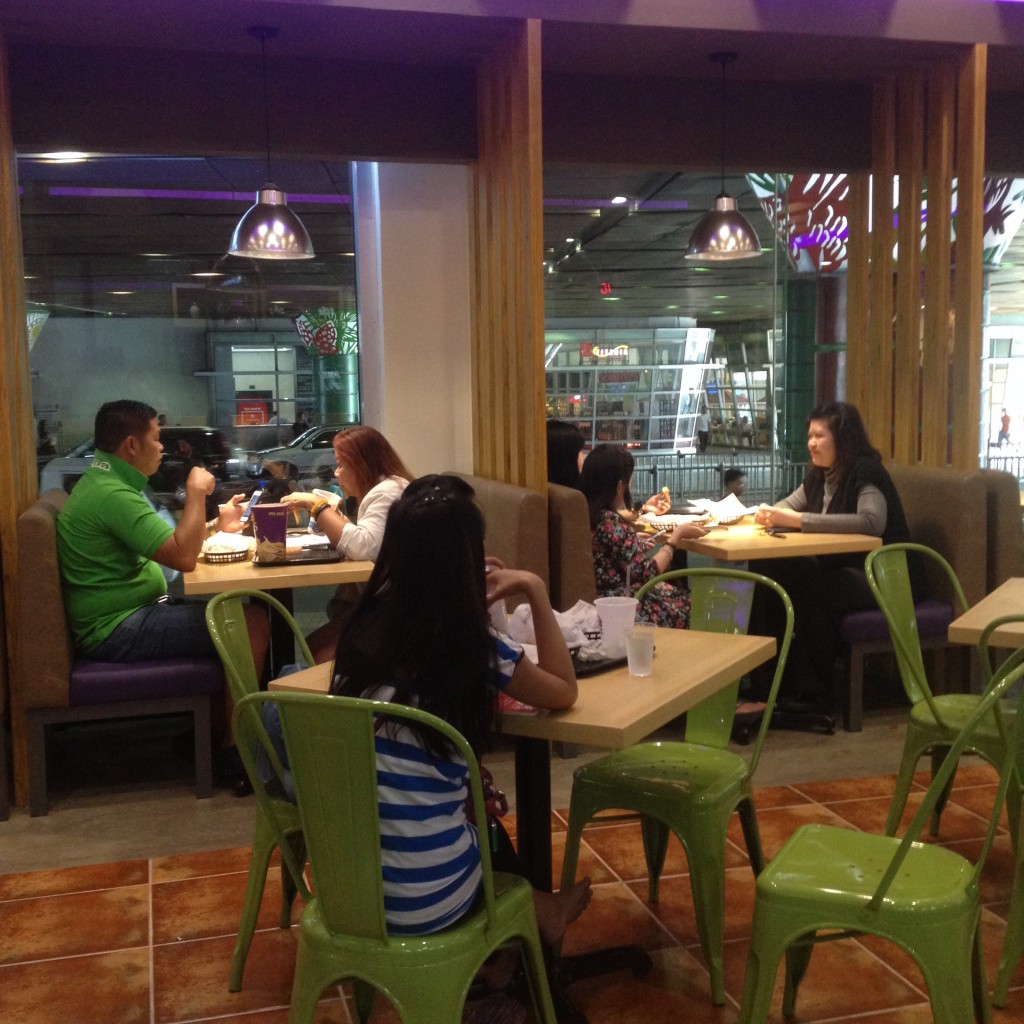 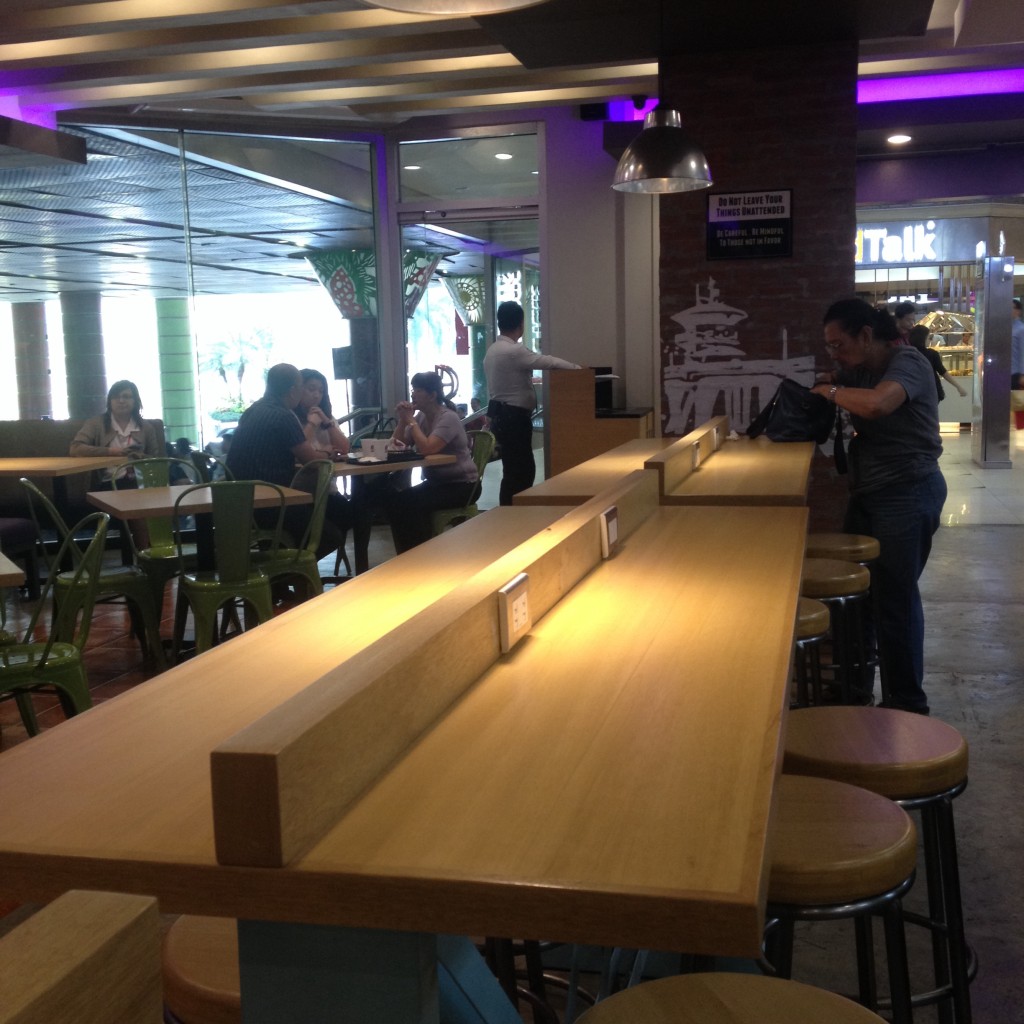 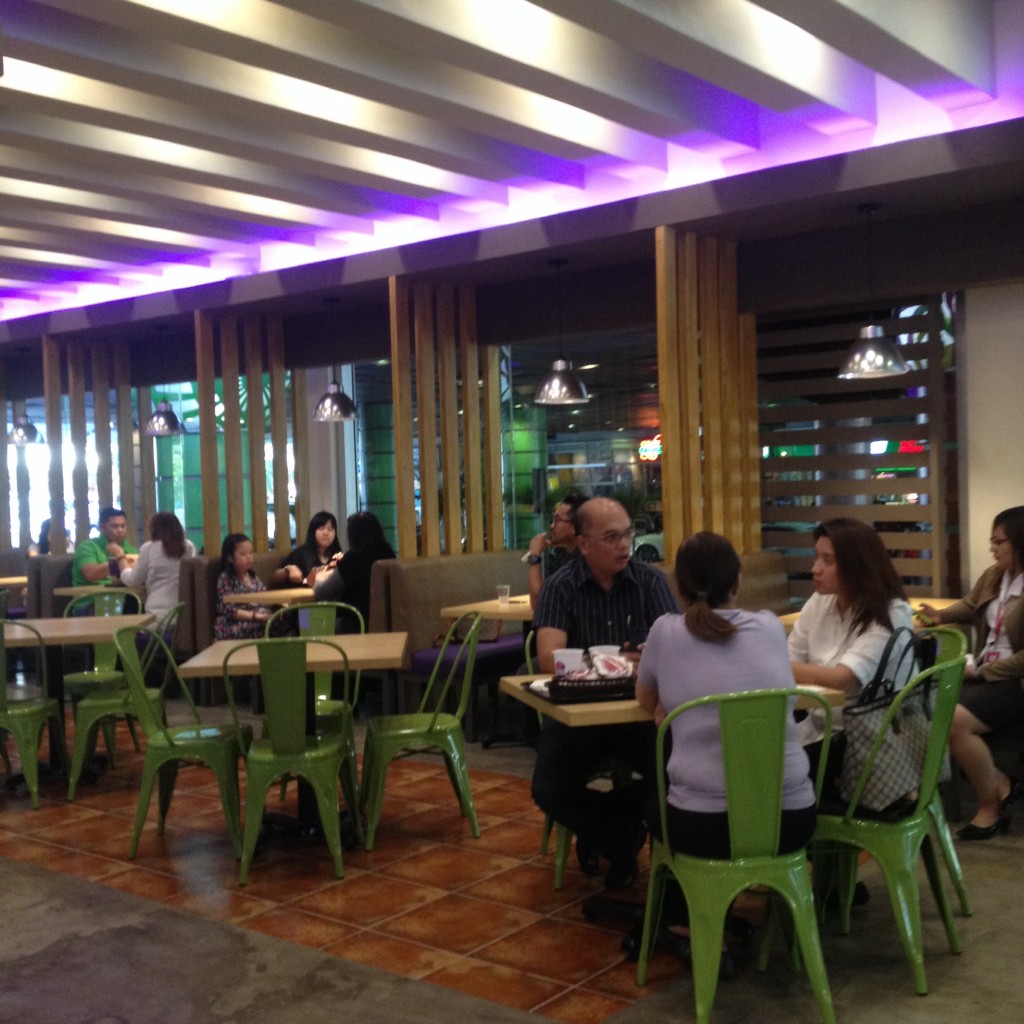 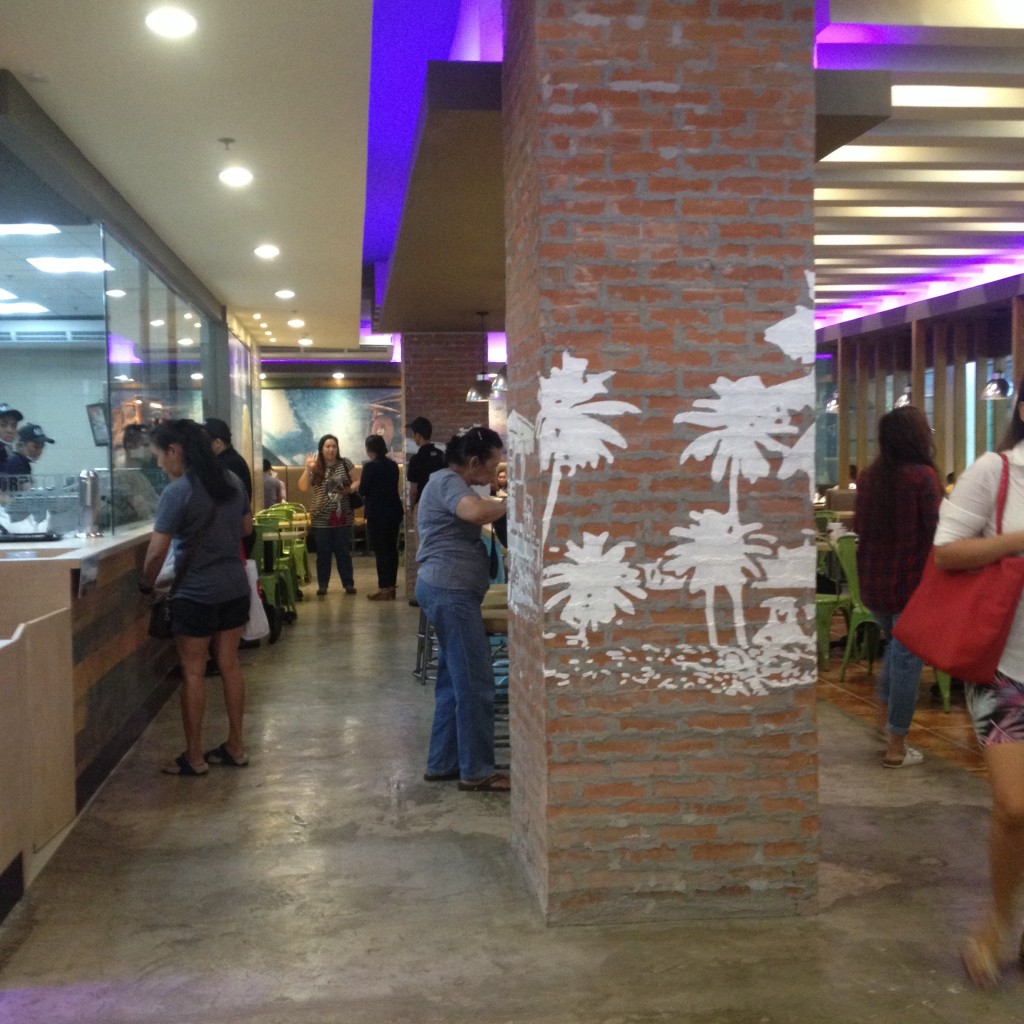 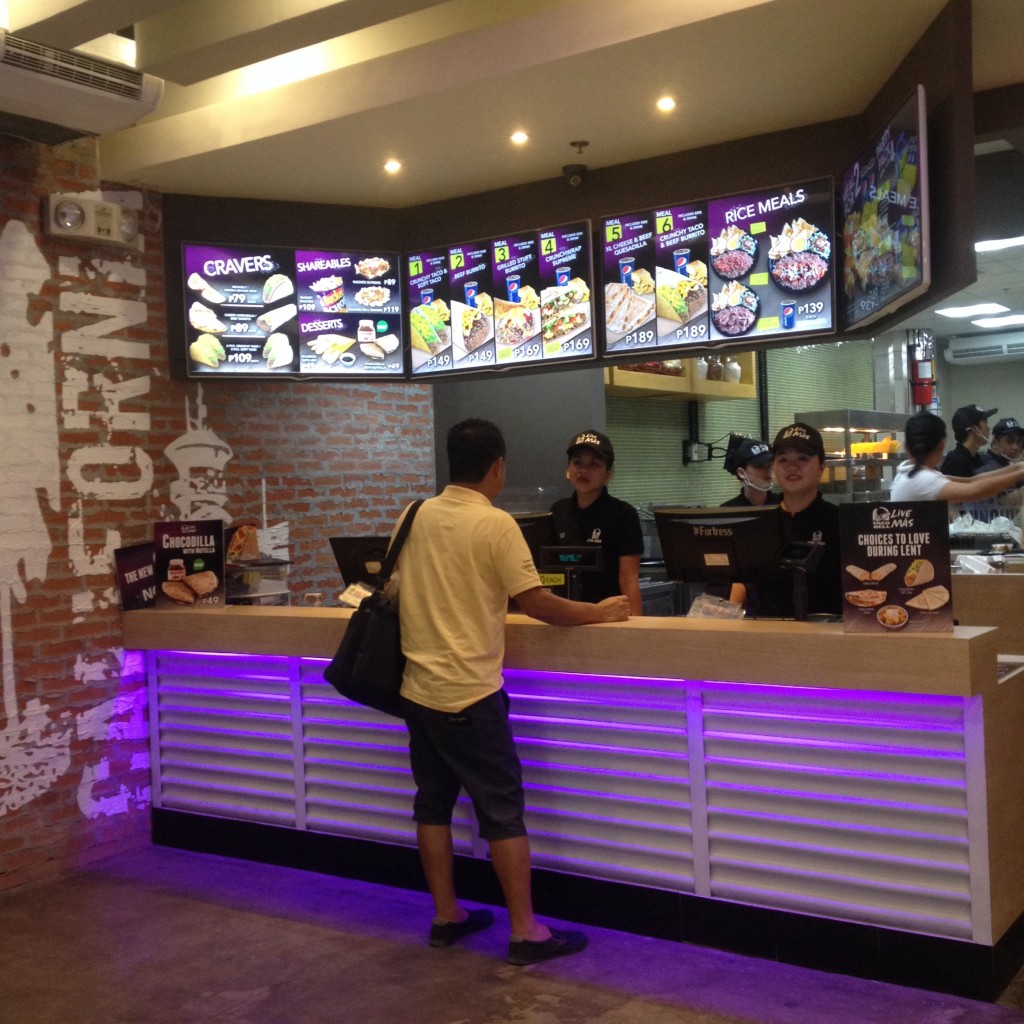 The customer service is now way better than before. There are several crews around that will be there to assist you. And they are “smiling” crews. This is one of the changes in the new Taco Bell. It was not only a new look, but they really focused on the customer service experience as well.

Aside from the electric outlets, they also provide free WiFi connection for the customers. You can now work or study in Taco Bell while enjoying good Mexican food.

The new Taco Bell is better than before. They didn’t only focused on the look and renovation. They also improved on several aspects like customer service. The deserved an overall perfect score. I hope soon they will add something new in the menu aside from the dessert that I’ve tried.

Trivia: It was Glenn Bell who introduced “hard taco” in the world. 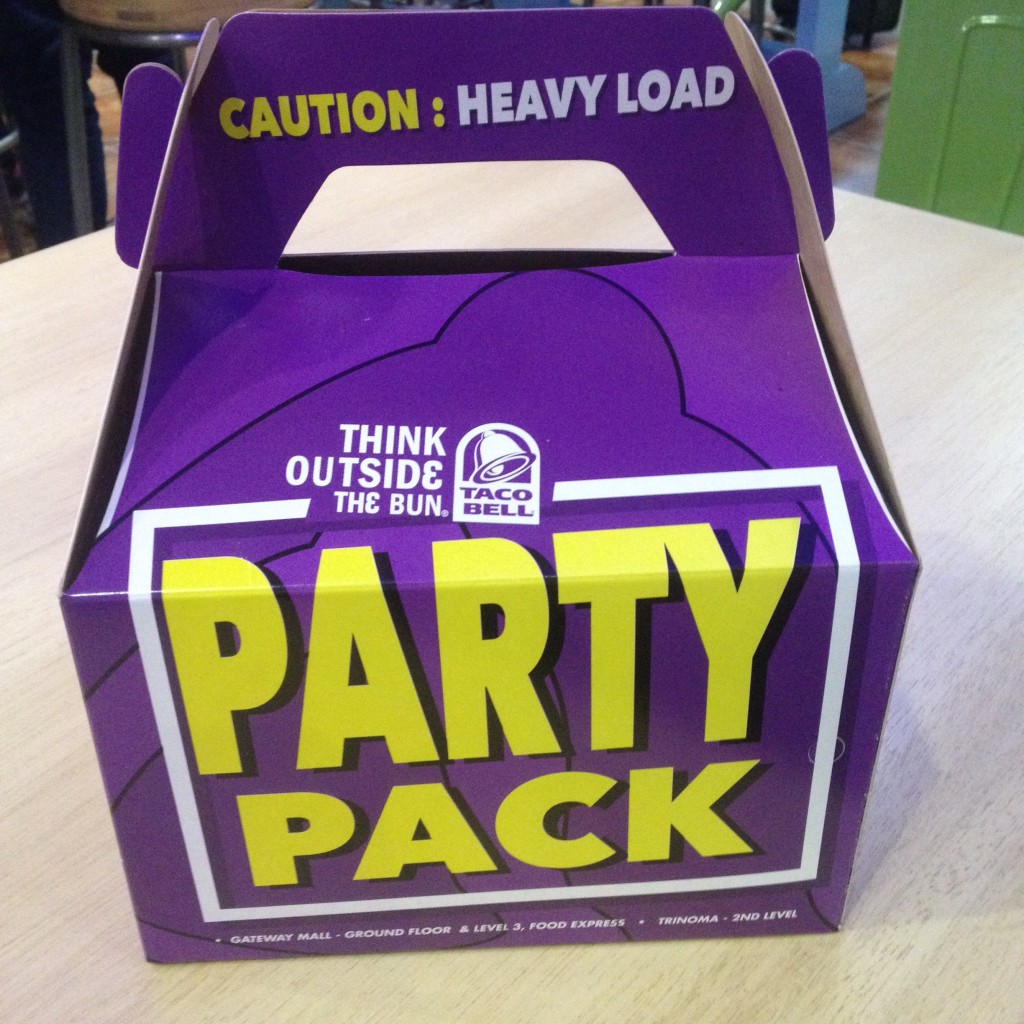