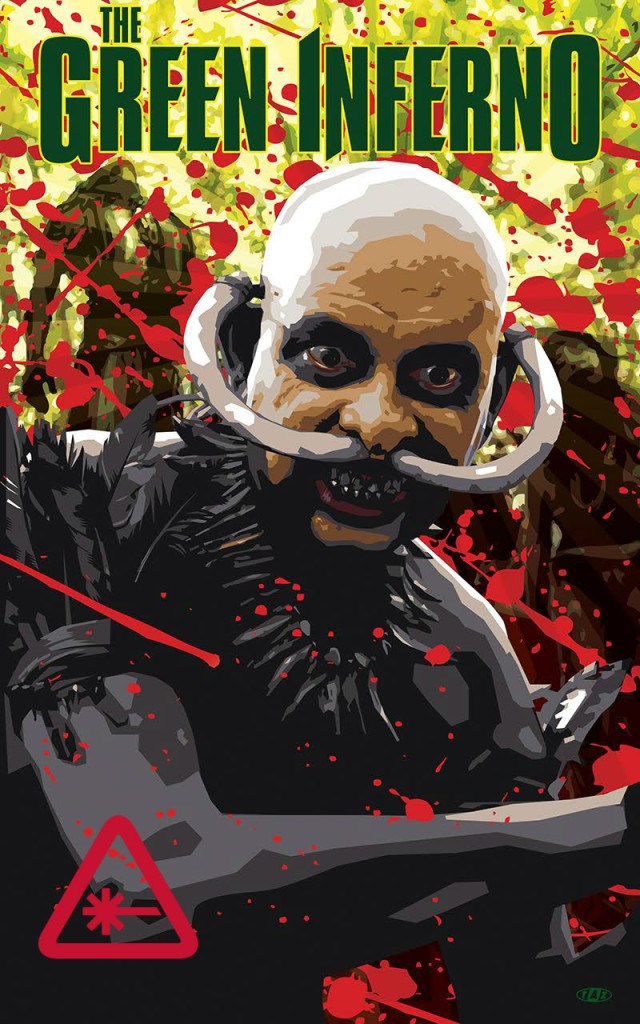 How do you teach an Amazon tribe, who has no idea what a movie is to act like angry savage cannibals?

From director Eli Roth, the horror mastermind behind some of the scariest movies of all time such as Cabin Fever and the blockbuster Hostel franchise, comes GREEN INFERNO, a terrifying new film about a group of college students who take their humanitarian protest to the Amazon jungle, only to be taken prisoner by the indigenous tribe they came to save.

Filmed entirely on location in Chile, the Peruvian Amazon and New York City, Green Inferno is Roth’s first feature film in six years and is the third installment of the horror-auteur’s “travel trilogy.”

In the horror genre, says Roth, “the scare is the star.” Rather than A-list names, a horror film requires “good actors, a good script and a director who understands how to shoot and edit it.”

But to really give Green Inferno that authentic feel of fear, Roth decided to cast the Callanayacu tribe from Peru as the main “stars” who provide the scares.

Nearly every person (besides the American crew) you will see in the movie is an actual member of the tribe that Roth discovered in the Amazon. While scouting a remote part of the treacherous Huallaga River, Roth saw a grass hut on the bank that looked exactly like the village he had pictured while writing The Green Inferno. As they pulled their boat to the shore, a few people cautiously came out of their houses to greet them. A remote, self-sustaining farm community with no electricity or running water, the Callanayacu has little contact with the outside world beyond the occasional supply boat.

While Roth had found the perfect cast, he also found a couple of problems—It wasn’t just that the villagers had zero acting experience, most of them also had no concept of what a movie was and had never seen one. 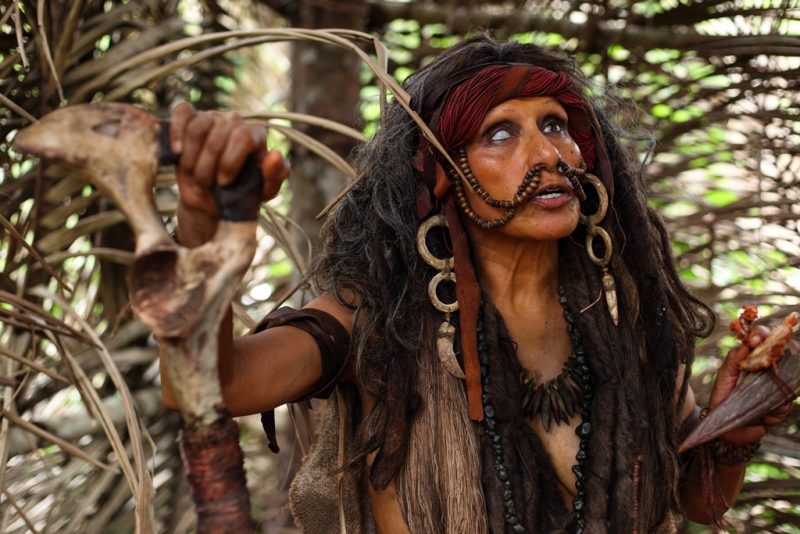 So to give them an idea of what they would be doing and imitating, Roth and crew brought a generator, a TV and perhaps the craziest choice to introduce the tribe to “the magical world of movies”—he made them watch the 1980 grindhouse film, Cannibal Holocaust.

“We had to explain to them conceptually what a movie was, and showed them Cannibal Holocaust—and they thought it was the funniest thing that they had ever seen—but we had to know whether they were down with it to let us in their village,” Roth said in an interview.

The filmmakers did their best to work around the jungle’s unpredictable weather conditions, which could fluctuate from clear blue skies to torrential downpours in a matter of minutes.  “I was petrified, mostly for the rest of the crew,” says Roth. “We knew it would be dangerous and there would be risks, but we were all in that boat on a rushing river filled with trees, branches and debris. The motorboats could only fight the current so much, and had to weave through uprooted trees and washed-away houses. We all just sat there in the boat, quietly gripping the metal seats, silently praying we’d make it back,” Roth recalled.

Despite the challenges, Roth says the decision to film in the Peruvian jungle paid off. “The footage looks so spectacular. It’s something you couldn’t get anywhere else in the world. We went farther than any cameras had ever gone before. They call the river gorge ‘Pongo de Aguirre’ because Werner Herzog’s Aguirre, The Wrath of God was the last film to shoot there. But we went deeper, to a point where there was nothing but river and jungle. It was an incredible experience.”

The perils of the river, to say nothing of the heat, stinging insects and other unfamiliar creatures, made The Green Inferno shoot a rite of passage for many of the young cast and crew members.  “No one made it out unscathed,” adds Roth, “All the actors were cut, bruised and bitten. They all signed up for an adventure, but were thrilled when we made it back to the city.”

GREEN INFERNO OPENS IN THEATERS ON SEPTEMBER 23 AND IS DISTRIBUTED BY SOLAR PICTURES.